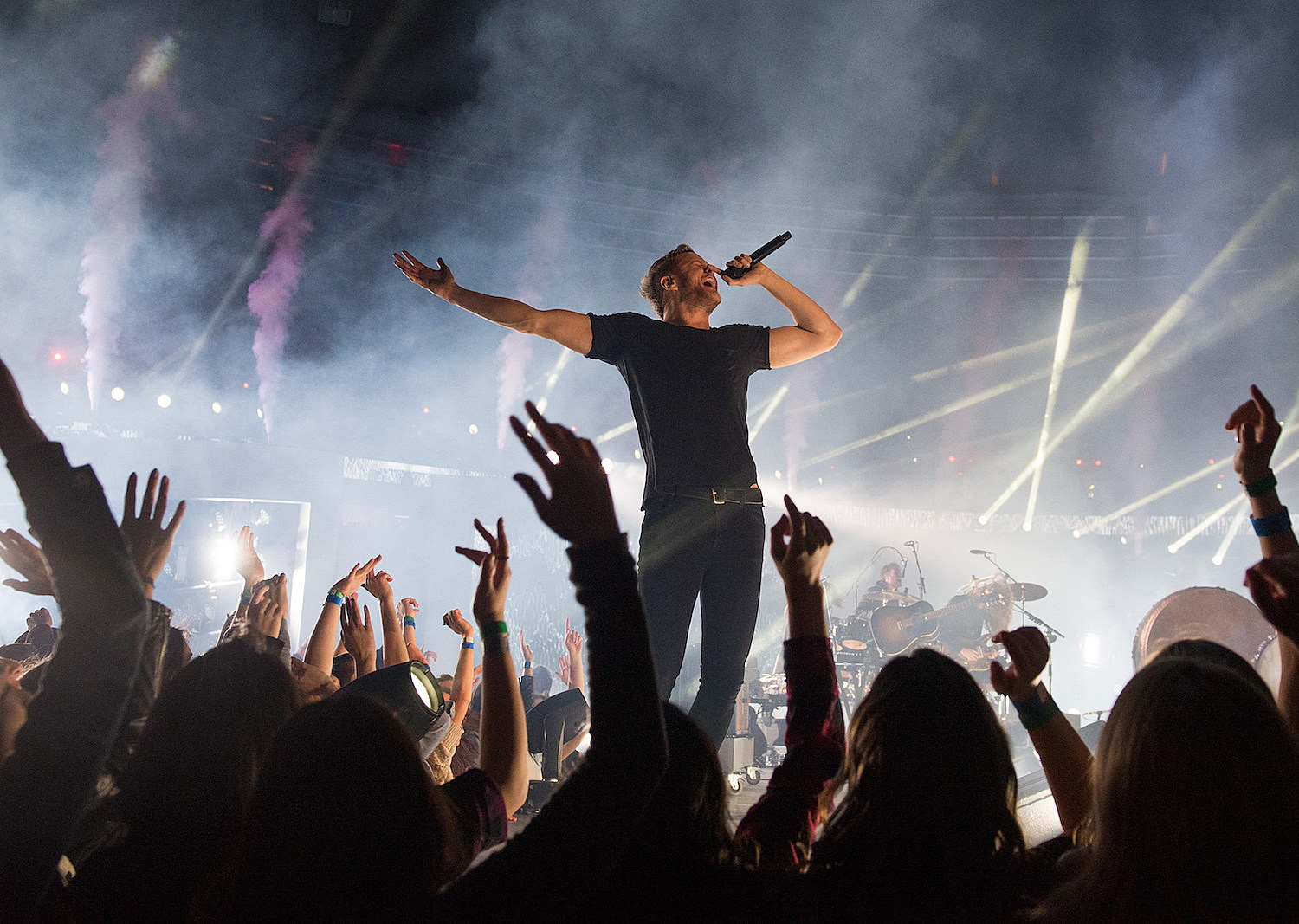 Formed in 2008, Imagine Dragons is a Las Vegas rock band that consists of Dan Reynolds, Wayne Sermon, Ben McKee, and Daniel Platzman. Since they first hit the stage, they have been collecting awards like it’s going out of fashion, and they remain incredibly popular with their fans. Their latest album, Evolve, was released in 2016, and while it retains much of what makes Imagine Dragons who they are, you can’t help but wonder if they are starting to become stale.

The reason for this is that the album is very much the same as their previous releases, and it doesn’t deviate much from the safe road that they have paved for themselves. The title of the album suggests growth and change, but they are instead a little stunted in the sense that everything feels a little samey. Despite this, Evolve actually has some pretty great tracks, and while it makes them hard to pick out of a crowd, there can be something comforting about sticking with what you know.

It’s a short album, but less is definitely more in this case. The opening track, I Don’t Know Why, is darker and more introspective than you might be used to when listening to this band, but this is not a bad thing. In fact, it shows a new side to them, and one that you want to explore further, which you get with the later track Dancing in the Dark. The latter song retains the doomy feel, while also offering a trippy experience that may leave you feeling almost renewed.

Throughout Evolve you can feel the inspiration that they have had from other bands, with tunes like Mouth of the River channelling the chilled yet dramatic feel that the Killers give off. Believer is a little different because it focuses on the experiences Reynolds has had with things like anxiety and spondylosis – focusing on the pain he has experienced and expressing it in a creative and rhythmic manner.

The only track that is really disappointing is Whatever it Takes. The beat is good, but the lyrics feel empty and forced – like they weren’t really putting any passion into the song when writing it. It feels more pop than rock, and the biggest issue is that there are so many “woah” sounds inserted that you wonder if they just got bored when writing it. It’s a shame because the album is so short and so you don’t have room for sub-par and mediocre songs.

Imagine Dragons is a band that hasn’t really progressed in terms of style and sound, with Evolve being current proof of that. This can make it a little boring for those that aren’t hardcore fans, but in many ways, it does define who they are. Imagine Dragons make music that they love for the people that love them, and if that doesn’t make them an easily recognisable sound, that seems to be alright with them. With this being their third album, who knows what the future holds for them?

Freelance writer and avid music lover, there is nothing I enjoy more than kicking back and listening to some classic 80s rock - although I am also a big country and western fan. Hit play on anything by the Cure, the Eagles or the Cult and you won`t see me for a while.